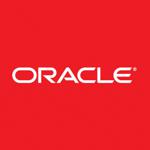 The Cavaliers PW1 team took home the gold over the weekend at the Maine Hockey Development March Showdown in Portland.

The Cavs started off the tourney Friday morning against the Maine Gladiators in what turned out to be a heavyweight fight, trading goal for goal and eventually ending up with a 5-5 tie and Alexa Hardy taking player of the game honors. Next up Friday afternoon were the North Central Mass Sting team which the Cavs play regularly in the VHL. In what turned out to be a chippy game, the Cavs big man Conor Farnum had to throw his weight around at times to keep some of the Sting players in line. The Sting eventually ended up getting the best of the Cavs Friday afternoon coming out with a 5-3 win, with Luc Pelletier taking player of the game honors.

Saturday afternoon the Cavs took on the Maine Hockey Academy team and ended up finishing with a 2-2 tie, with Noah Soule taking player of the game honors. Saturday night the Cavs had a semifinal rematch taking on Maine Hockey Academy with the winner heading to the finals on Sunday. The Cavs came out on top with a 4-3 win and Freddy Hardy was awarded player of the game.

Sunday's final had the Cavs meeting up once again with the North Central Mass Sting in a rematch of Friday's game. NCM was the only unbeaten team left in the tourney heading into Sunday's Gold Medal Game. After a scoreless 1st period the Sting jumped out to a commanding 3-0 lead and carried that into the 3rd period. With 6 minutes left in the game the Cavs found the back of the net with a great goal by Gavin Asimakopulos to get the Cavs within 2. After taking a tough penalty and ending up short handed, Freddy Hardy took matters into his own hands by winning the ensuing faceoff and driving to the Sting net burying a backhand that pulled the Cavs to within 1. With 3 minutes left it was Hardy again carrying the puck down the ice and laying out a perfect pass for Asimakopulos to finish and just like that we were tied at 3!

With just over a minute to go it appeared as though we would head to overtime. But Luc Pelletier needed to get back to Milford! So with heavy pressure from Avary Whitehead, Saige Devins, Brady Geradi and Alex Gertz in the Sting end, Pelly rushed off the bench and right to the front of the Sting net were he received a great pass from Gerardi and buried it to give the Cavs their first lead of the game with just 1:04 left to go.

After a quick time out called by the coaching tandem of Devins & Bower, the Cavs regrouped and sent out Christian Nawn, Gertz, Asimakopulos, Taran Bower and Alexa Hardy to defend their end of the ice until the final buzzer sounded.

A great weekend of hockey, and team bonding was capped off with Pelletier being named tournament MVP!

Thanks to all of the parents, grandparents and 'the Cavs Girls" that made the trip to cheer on the team!!